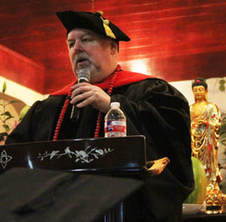 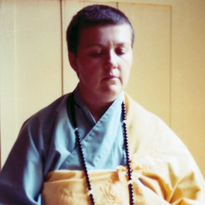 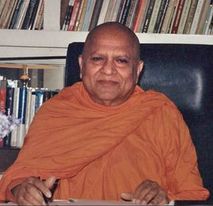 HISTORY ON THE EVOLUTION OF THE COLLEGE

On June 30, 2012, Ven. Dr. Karuna Dharma transferred the administration and control of the Buddhist Studies Institute to the Five Mountain Zen Order via Ven. Dr. Sunyananda Dharma, as Provost and Dean, and subsequently, Most Ven. Dr. Wonji Dharma. We therefore assumed responsibility for the operations of the Buddhist Studies Institute – Los Angeles whose base of operation was located within the International Buddhist Meditation Center.

The University of Oriental Studies was founded in 1973 by Venerable Dr. Thich Thien-an as the International Buddhist Training Institute, at the International Buddhist Meditation Center in Los Angeles, California. As an autonomous division of the University of Oriental Studies, the International Buddhist Training Institute was conceived with the specified purpose of offering Western style seminary training to Buddhist Monastics from around the world, while not neglecting the inherent experiential nature of Buddhist monastic training in favor of secularly-slanted academia. The school was recognized as an Authorized Independent Institution by the California Superintendent of Public Instruction under Section 94310-3 of the California Education Code.

Following the passing of Most Ven. Dr. Thich Thien-An in 1980, the University of Oriental Studies suspended its classes due to a dispute between Dr. Leo Pruden and the newly installed Abbot, Ven. Dr. Karuna Dharma, of the International Buddhist Meditation Center over property rights, name, ownership and direction of the University. Eventually, the issues were settled and the Abbot agreed to purchase the two buildings (duplex houses) owned by the University. It is believed that subsequently, the extensive library was donated to Hsi Lai University (now University of the West) by Dr. Leo Pruden.
​
Following this settlement, the University of Oriental Studies was reorganized in September of 1983 as the College of Buddhist Studies – Los Angeles under the leadership of Ven. Ven. Dr. Havanpola Ratanasara and Ven. Dr. Karuna Dharma. As such, this allowed I.B.M.C. to maintain the legacy of Ven. Dr. Thien Ân’s vision of a universal English language Buddhist training facility serving the needs of the West. This manifestation would continue in spite of the death of Ven. Dr. Havanpola Ratanasara in May 26, 2000.
​
By November 2004, Ven. Dr. Karuna Dharma charged her staff with restructuring the program as the Buddhist Studies Institute – Los Angeles, transitioning the program into a primarily online educational facility. Moving to utilize the internet, BSI-LA provided accessibility to a greater number of students from around the world, the school work was primarily handled via e-mail with course work and instruction on individual course web pages.